It just takes the cost of one coffee per month to support my activism. Help me act!
https://www.patreon.com/LGBTactivist
Photos and Stories behind
David: I took part in this project in order to show and emphasize loudly that Poland is home to everyone, regardless of sexuality, faith, skin colour. When I heard about the declaration of the Pulawy City Council, I felt deeply moved and shocked. I felt sorry that Pulawy, once called the Polish Athens, took such a disgraceful position. I understood that I had to start acting, that I couldn't let ignorance and ignorance prevail. From that moment on, I began to talk to my friends, my friends, my classmates, with whomever I could, about the LGBT+ community. It is extremely important that there is a change in the way the environment works, in the appearance of Poland. When I learned about Bart's project, I thought it was time to try and jump into deeper water. That this is the most important time to say enough violence, hate. That this is the time to start fighting openly for the truth and a decent life. It is necessary to talk loudly and as much as possible with citizens, with the whole society on this subject; when some church hierarchs and some politicians openly insult and stigmatize innocent people, sow ignorance, we should not be indifferent. After all, this is one of the steps on the pyramid of hatred, leading to extermination at the top. Let's not allow it. "Let's not be indifferent". Every time I talk about it, it's these words from Auschwitz survivor, Marian Turski that come to my mind. I feel heartbroken when in the eyes of the world, through the actions of the ruling party, Poland, a victim of such a terrible crime as the Holocaust - Shoah, that should be pionieer of teaching about tolerance now start to disciminate others. Very often we hear the words that anti-LGBT resolutions are adopted to protect children, to protect family and faith, tradition, which is completely absurd! LGBT+ people DO NOT want to sexualize children, DO NOT want to burn crosses in the streets, DO NOT want to run naked in the city. We just want to live. To live by the big "L". Without fear for yourself, your girl-partner or your boy-partner. Without fear of being attacked because of your appearance, for how we love, that we (sic!) do not hide the fact who we love. Without fear of being kicked out of work or rejected in class for being an LGBT+ person. Is it really so terrible when two women or two men walk through town holding hands or giving each other a kiss? Is it really the end of the world when your daughter confesses to being a lesbian and your son is a trans? NO! We are all human, each of us is different, but we are all equal. Human rights belong to each and every one of us. Let us respect the other person, their choices, who they are, their way of life. We are all Poles. And remember - let's not be indifferent.

Jakob: I want to show the councillors of my municipality, who were voting for the anti-LGBT resolution, that there are people behind the acronym LGBT. And that we are not an ideology, but their neighbours, who want to be themselves and live in harmony with each other. The resolution that has been adopted discriminates me and my family, increase our exclusion. People from small towns and villages tend to be ostracised towards people who do not fit in with their view on the world. The anti-LGBT declaration further legitimizes discrimination, increases social distance, and strengthens hostility, creating us - LGBT people - as a threat to social order, values and tradition.  This resolution is not just symbolic violence. Politicians and local government officials should be aware that institutionalized homophobia translates into real acts of homophobia against individuals. I had experienced homophobia myself, already in high school in the form of bullying by older boys because of my alleged homosexuality, long before I knew myself that I was gay. They were calling me nasty names, trapped me in a blind corridor and pushed me, kicked and spat on me several times, without much reaction from the teachers from Trzebieszów secondary school. This undermined my acceptance of myself so much that after a year of harassment I fell ill with anorexia at the time. Perhaps if there was an anti-discrimination workshops and sex education that took into account the sexual orientation and gender identity, these acts of aggression and mine self-aggression would not have happened. It is not only this time that I have found out that hatred of homosexual people from the outside world can go deep inside a person, turn into fear of their sexuality and self-loathing.
More about Jakub: Anti-Gay Brutality in a Polish Town Blamed on Poisonous Propaganda by New York Times
Kathrine:  I took part in the project because I'm tired of sitting in the closet. For several years I had to hide my true self. I took part in the project because I wanted to show that you can't be ashamed of yourself and your orientation. I love my city, but it's not free from discrimination. My friends know about my orientation and accept me. My parents and strangers, on the other hand, not. When I go through the city with a backpack full of rainbow-colored clips or a rainbow bag I am very much watched, talked to. Once a boy almost spit on me.  Zamosc is not "LGBT free. There are a lot of LGBT people in Zamosc, but you don't see this because people are afraid. I want people to change their attitude. They should become more tolerant and open.

Cezary: I took part in the project for the simple reason that I want to show the city authorities a red-card that what they have done is an act of disrespect for the other people.
I want to underline that without tolerance and respect to each other, there is no democracy, I'm struck by the fact that our authorities violate human rights and constitution by claiming to protect the city from LGBT ideology.
I feels like living in ghetto saying "LGBT-free zone" - what is that supposed to mean?
That they're gonna murder us? Evacuate? I'm an LGBT person and I live in a Kraśnik.
I'm afraid for myself, friends and family. Fo being an ally of LGBT people you could lose your job here.
For me participating in this project is a protest and call for tolerance for equal rights.
Kazimierz: I've been living here since I was born, 59 years. I work, pay taxes, act socially, I have never broken the law. I am also a believer and a practicing Catholic, I try to help people - in a word, my behaviour in life is a positive value for Poland, the Province, the Commune and yet the Councillors of my City Niedrzwica Duza claim that I have no right to live my whole life in this city only because of my sexuality. Everything else for these people does not matter, only that I am gay. That is why I got involved in this action, because my conscience does not allow me to pass this matter indifferently. I also got involved because this resolution was based on lies, half-truths, some stupid assumptions. I stood up for my rights, to show these politicians that I am here, living, working, I am not an ideology, but also to expose political stupidity, cynicism, inattention, conformism. I am here because I am deeply convinced that being LGBT+ will not be some abstract ideology for them, but it will have my human face, Kazimierz Strzelce's face.

Honorata: When Bart asked me to write why I took part in the project, I didn't know what to answer. After all, the obvious and natural things can be the most difficult for us to explain.
Living in a small town is not easy when you are a little "different" - when you have colorful hair, earrings, you wear unusual clothes, let alone when you are not hiding from being LGBT+.
Has anyone ever called me on the street? Yes. Do people gossip about me? Yes. Do I care about that? A little. Of course it's a painful situation, but I'm quickly recovering from it and moving on. I don't focus on the negative things, because it doesn't lead to anything good. I realize that someday the atmosphere may become unbearable and I will have to leave, but I am concentrating on what is now.
So just as it's natural for me to walk around the village every day with my dog at my side, I've naturally looked into this picture. Yes, I live in an LGBT-free zone. Every day, I walk its streets, work in it, shop and rest. I like sitting by the river, visiting horses in the pasture and walking in the forest. Whatever the resolutions and ideas of local politicians, this is my home and I have a right to be here.
Alicja: I thought it was about time. That's why I took part in the project. It is high time to fight against terrible homophobia in Poland with all available methods, to resist and emphasize our visibility.
At the beginning of my activist adventure I didn't want to lean out, show myself. I live in the countryside, here everyone knows each other. It is a sensation, "and who comes to the neighbors in such an expensive car", not to mention a non-heteronormative girl. That's why I've been sitting in the closet for a long time. I was afraid what the family would say, what the neighbours would say and how it would affect my relatives. Later I realized that this was not the place and time for modesty, hiding, sitting quietly. Equal rights won't come by themselves if someone doesn't fight for them.
When I dared to give my first sincere interviews, show myself and my life, of course, a hey tide fell on me. Friends, strangers, neighbors wrote about me on the Internet, posted disgusting posts and comments. A post made by one of my neighbors appeared on a group of inhabitants of my community. She published an article with my participation with an unfavorable comment. Later on the twitter I was called by a stranger "a young rag", it was suggested to beat me or burn my house down. One day the police knocked on my door informing me that the neighbors didn't like the fact that a piece of their house was visible in the background of the photo illustrating the article about me.
For a while it crossed my mind that maybe public coming out was not a good idea. I quickly realized that it was because of this homophobia that I thought so. That it was because of all those comments that I could think for a moment that I was doing wrong. I was angry with myself, which soon turned into an even greater motivation to act. 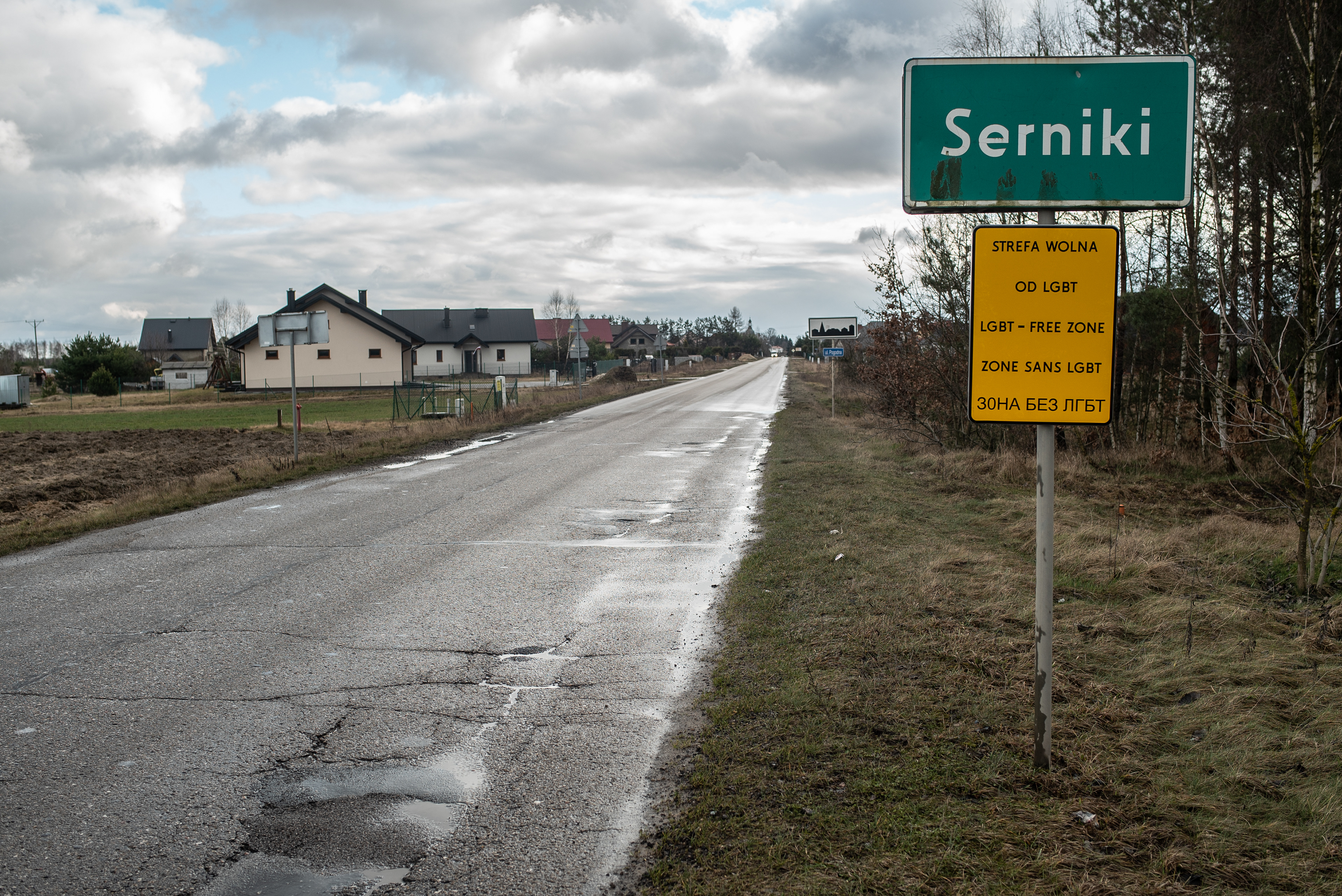 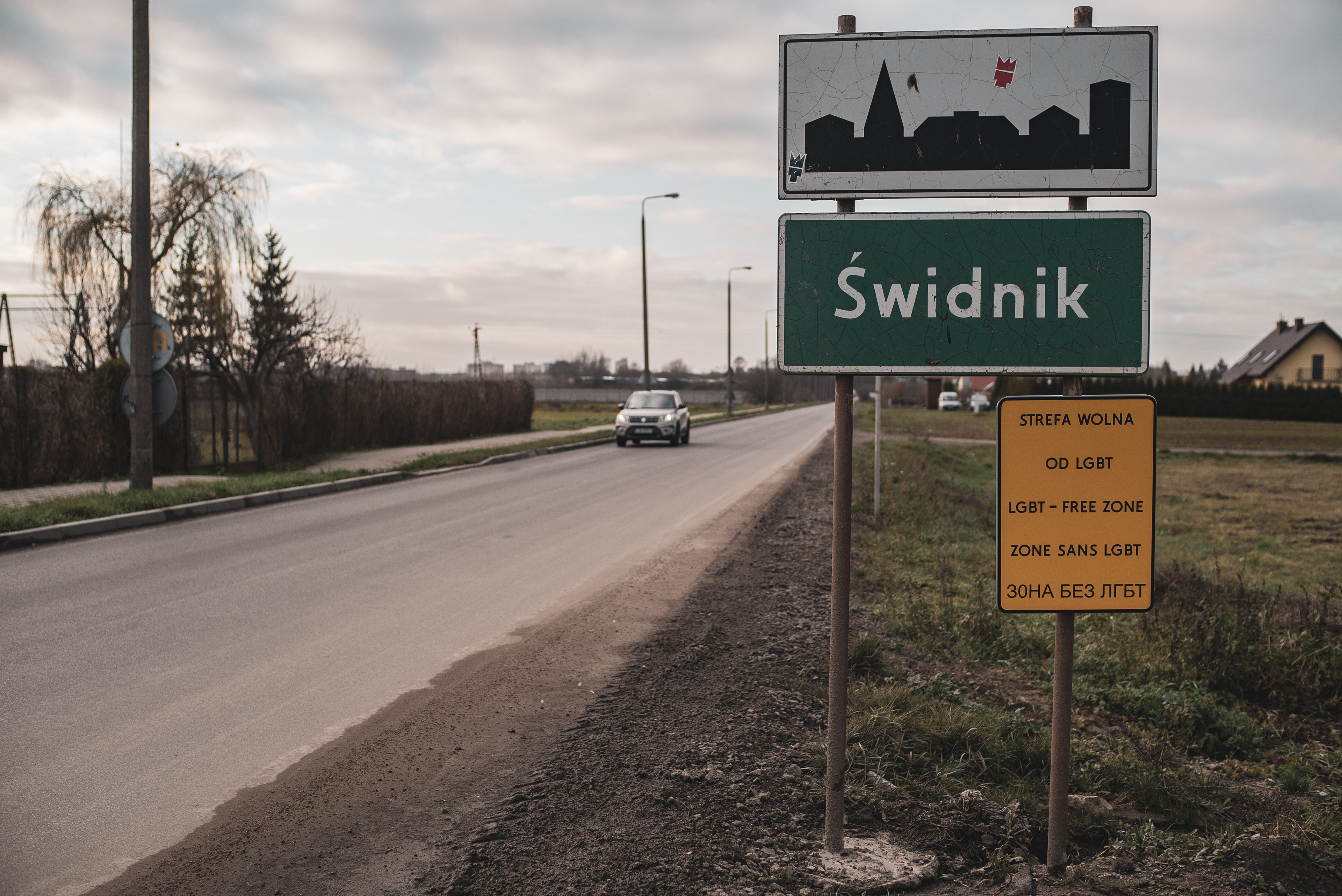 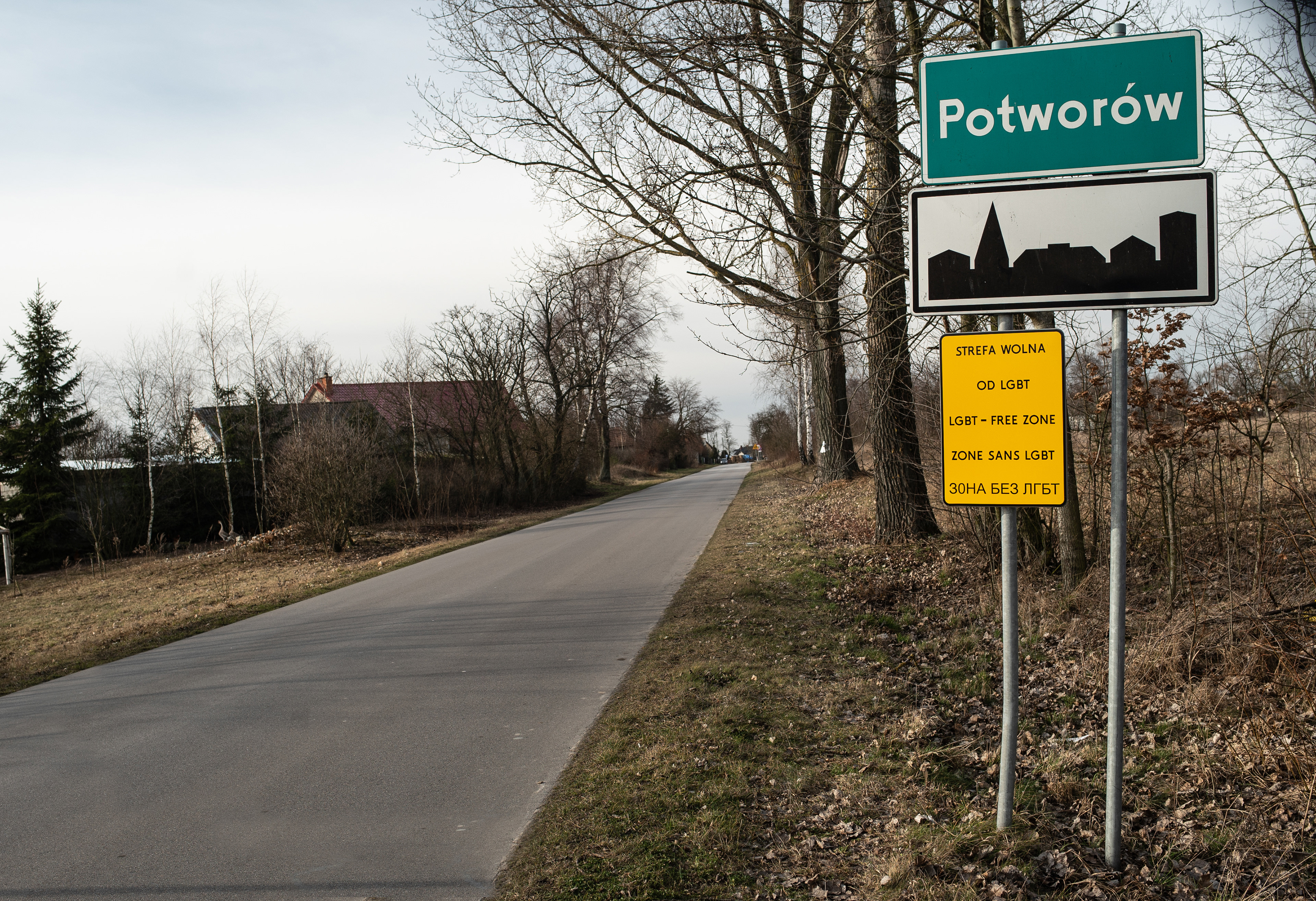 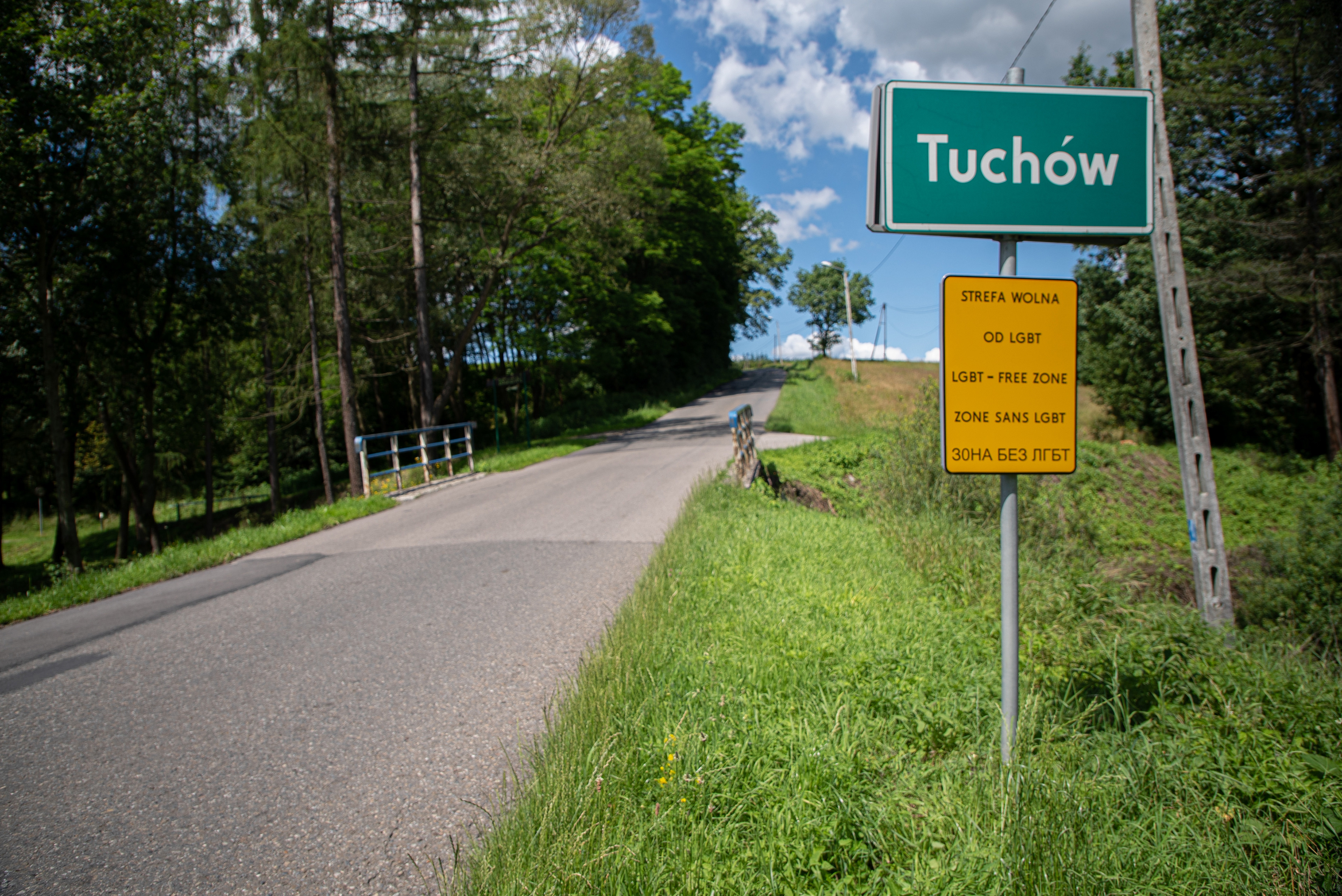 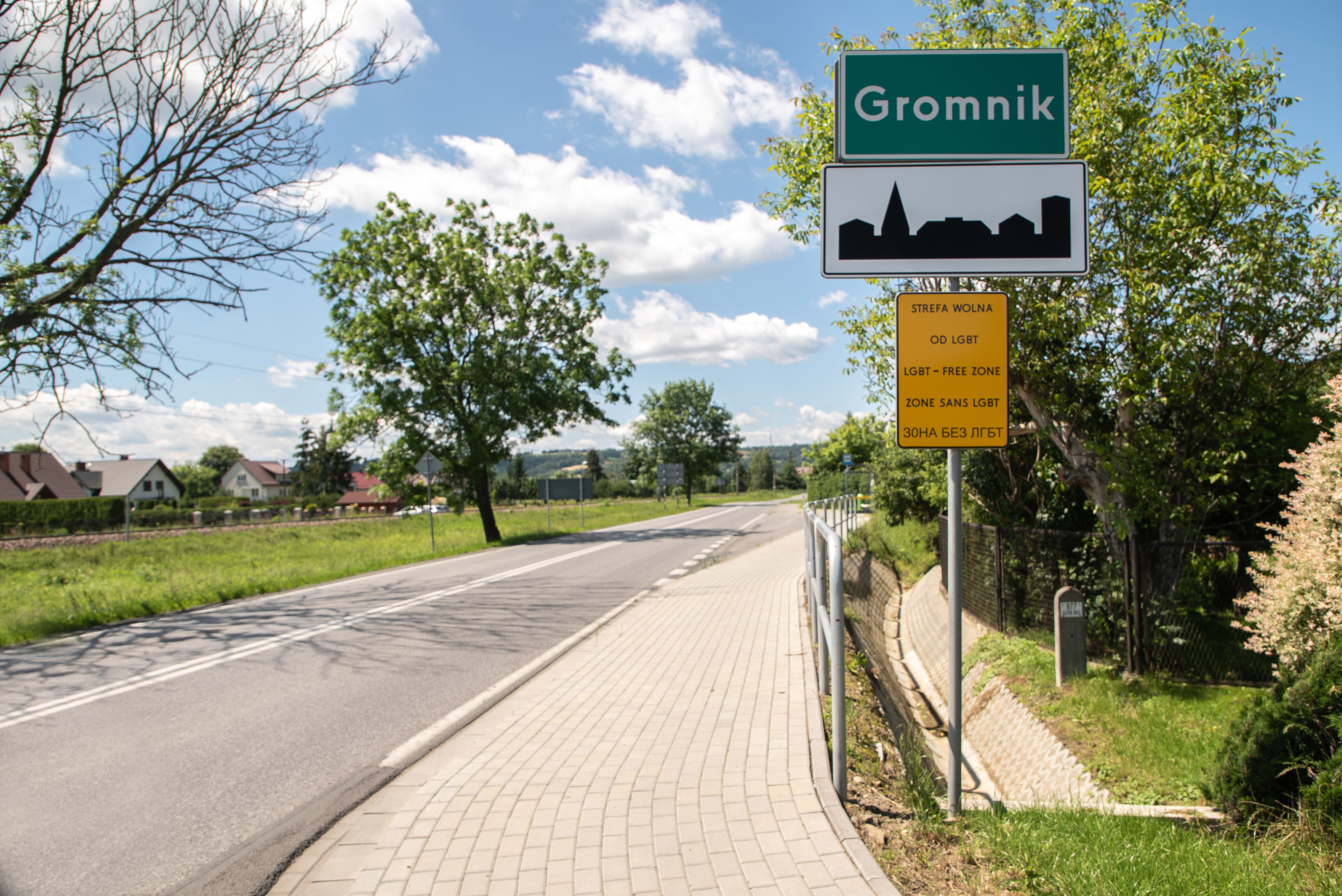 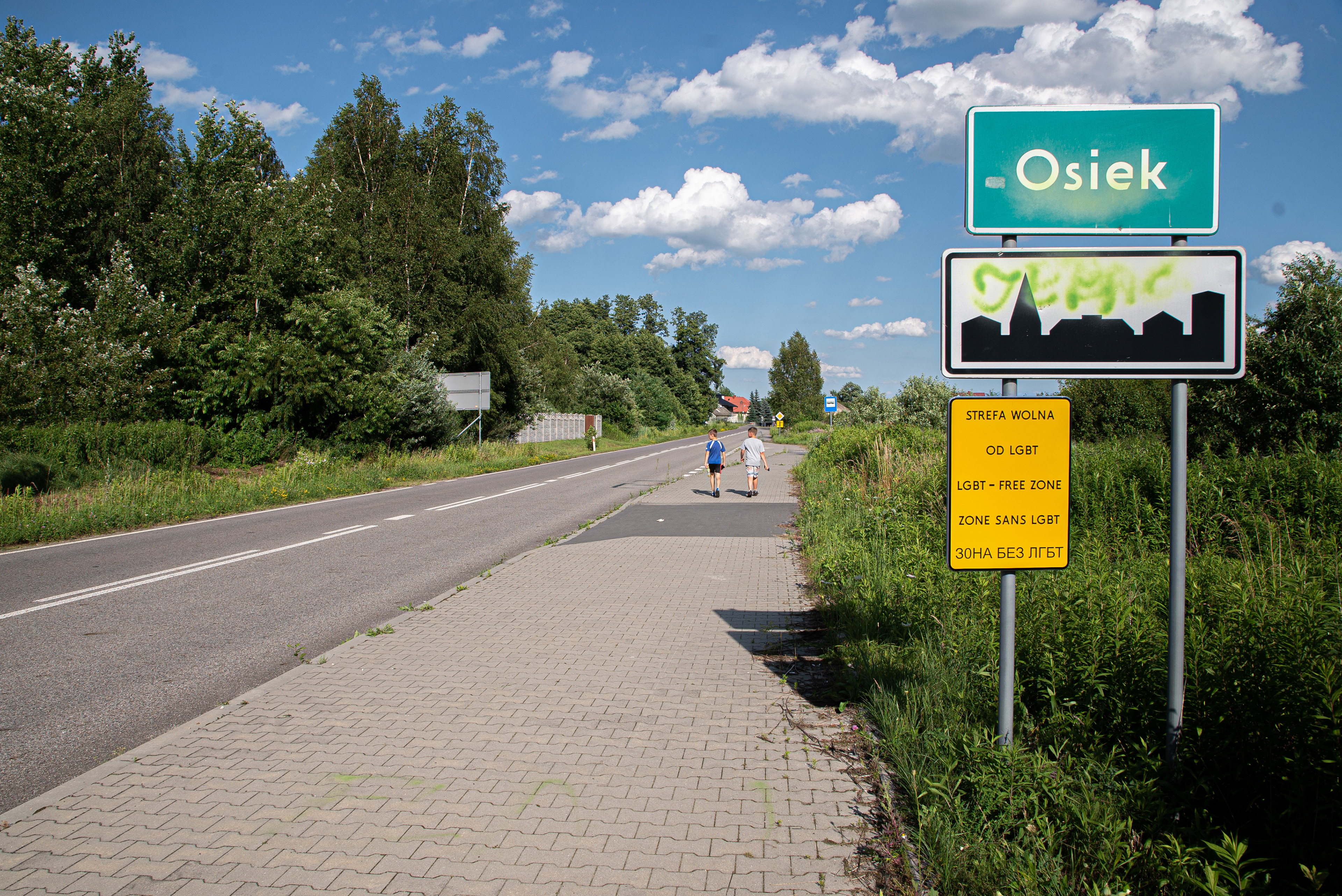 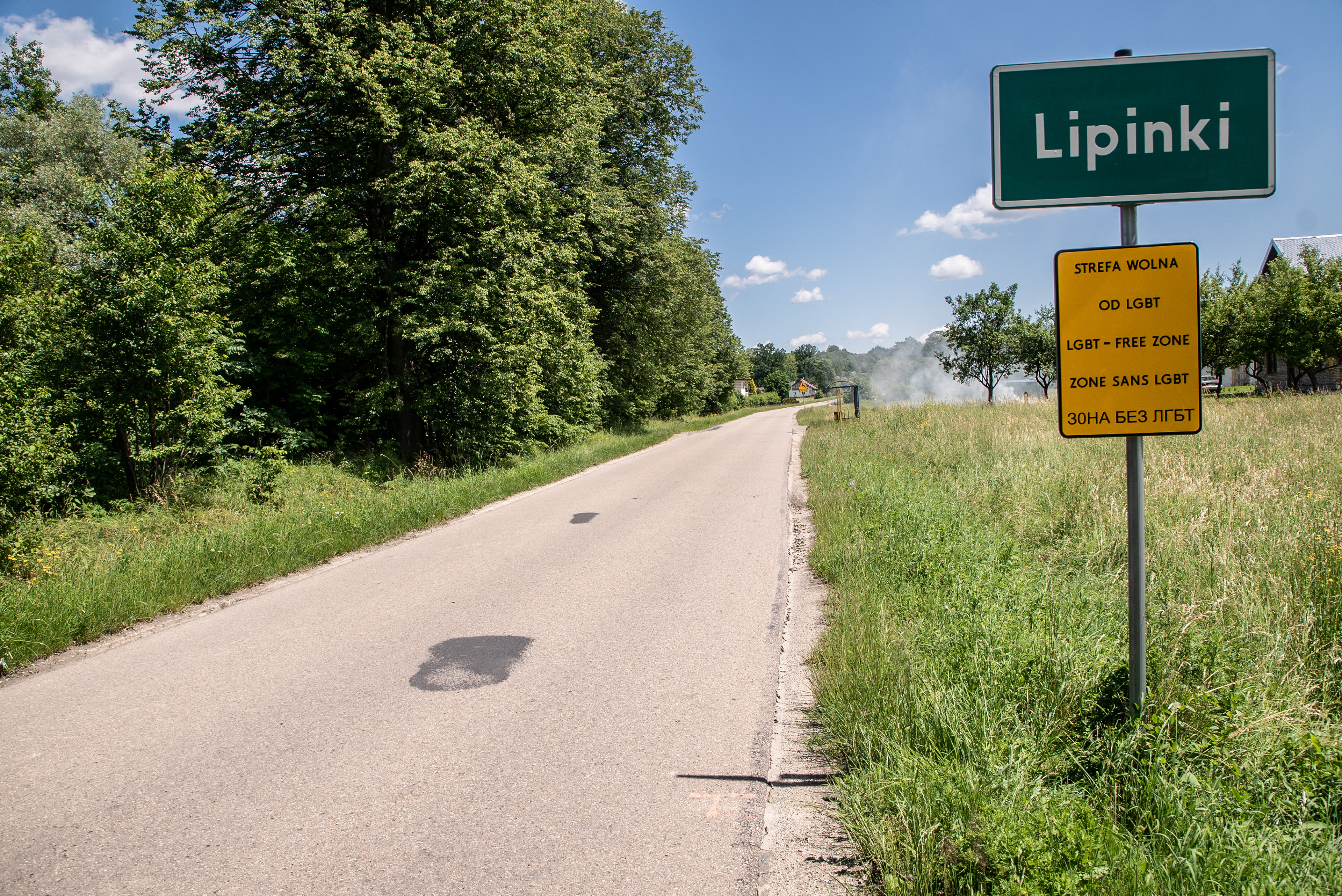 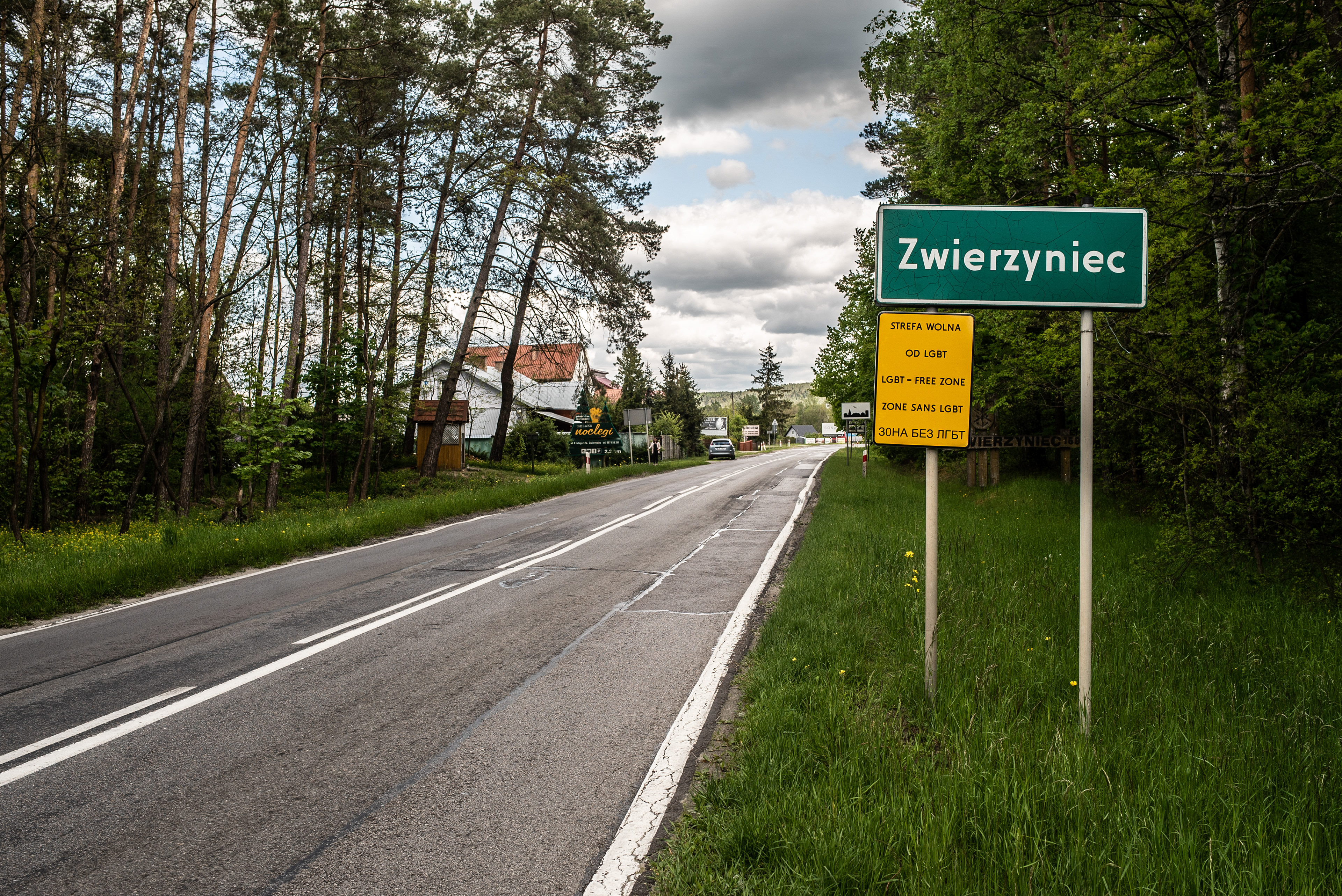 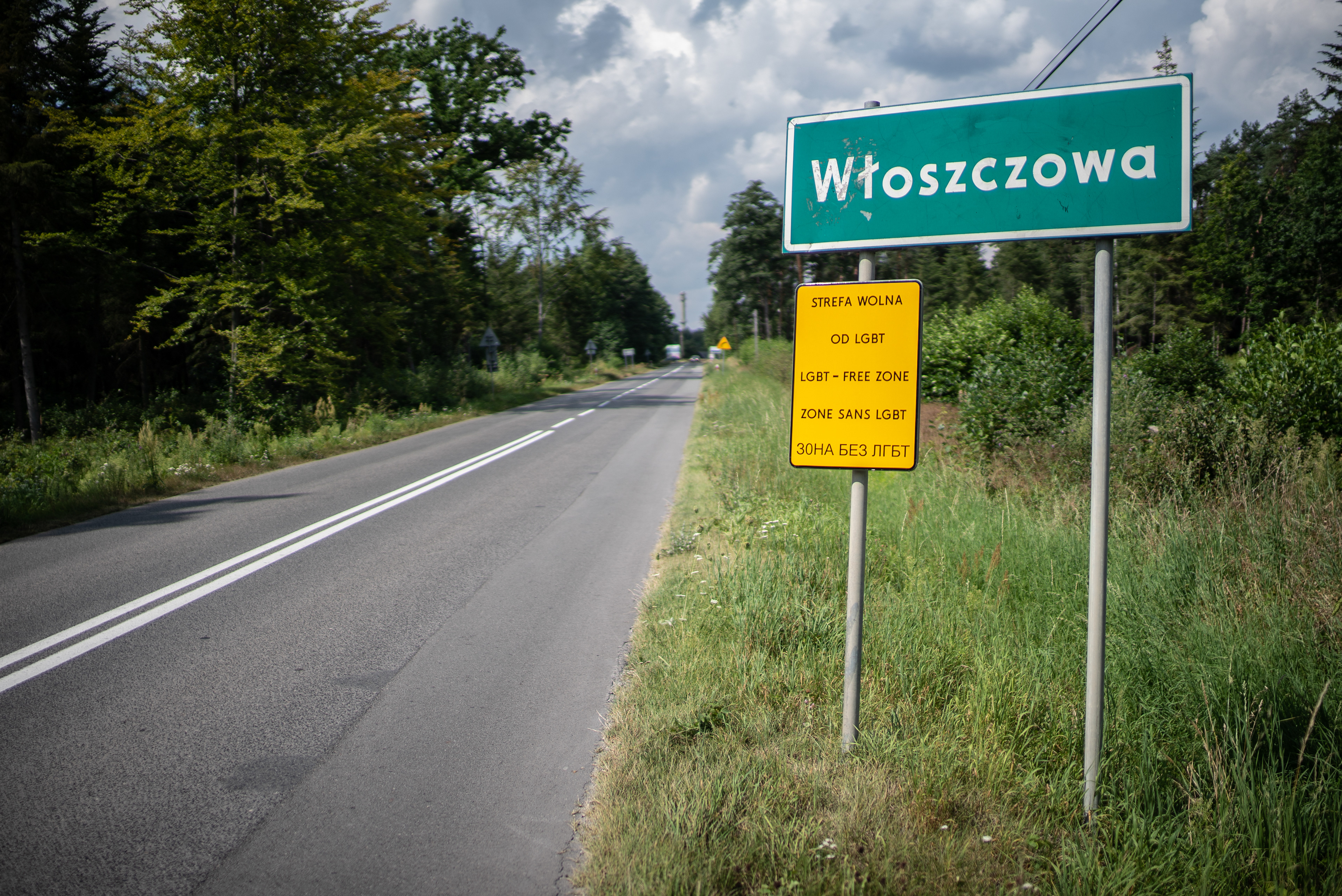 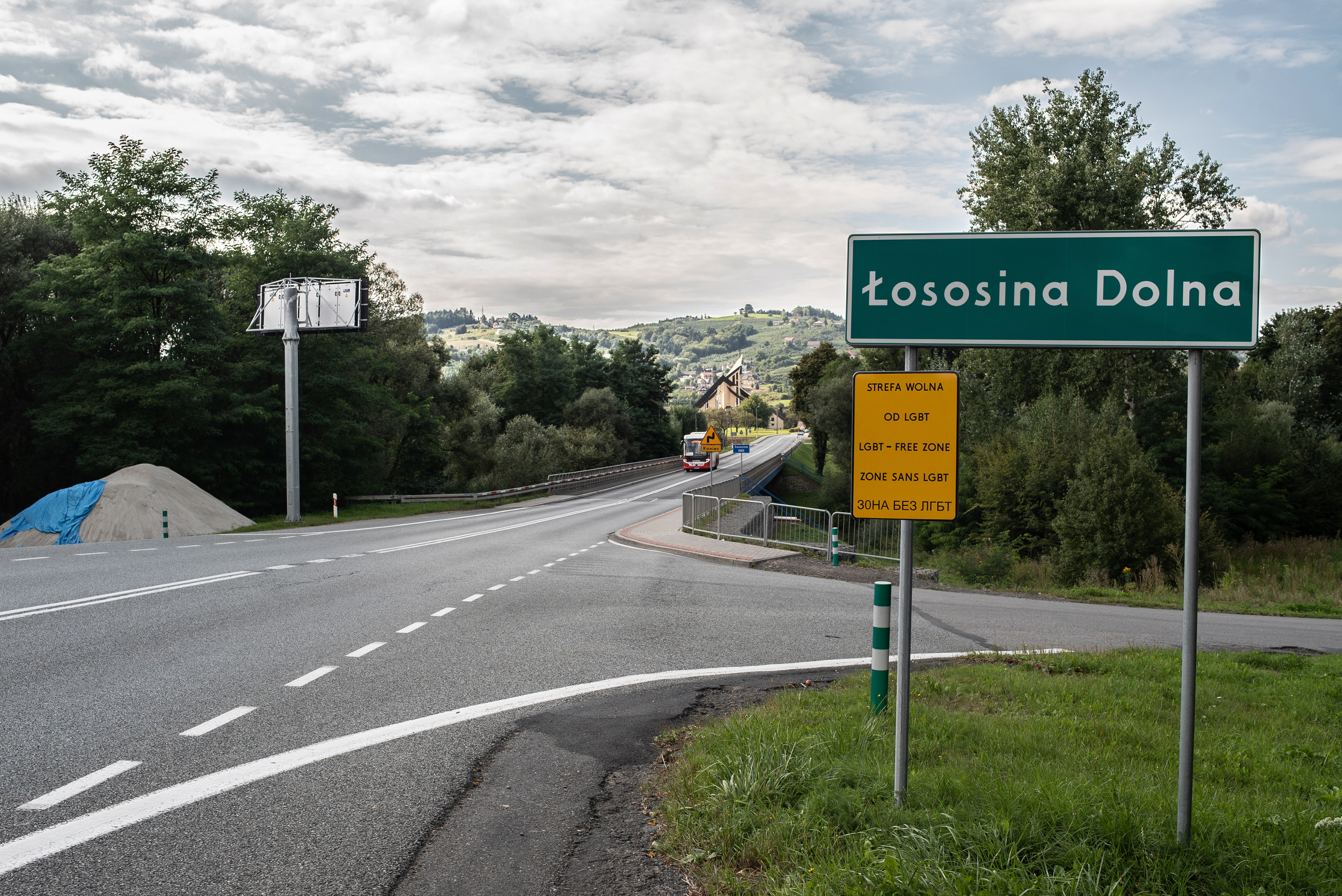 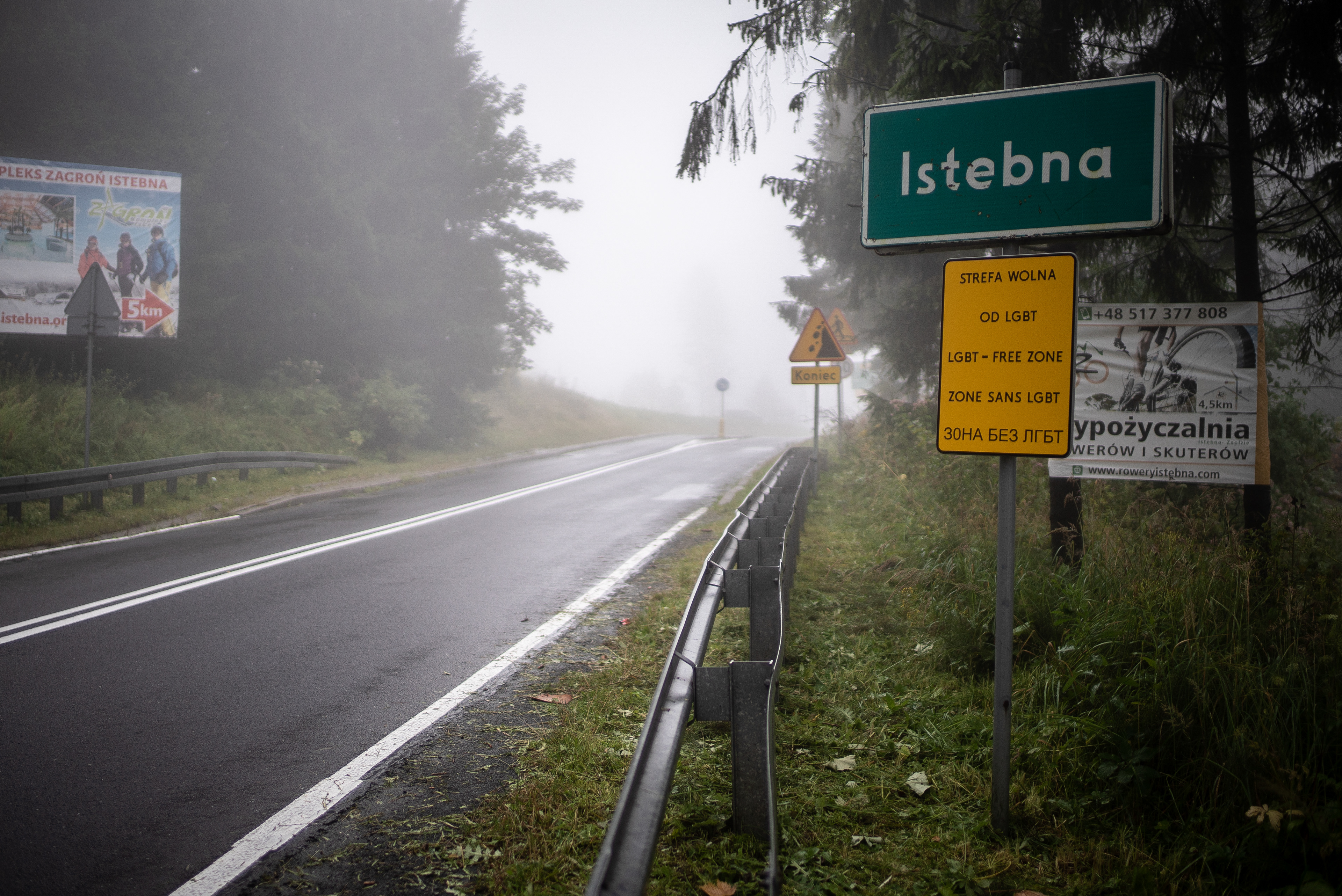 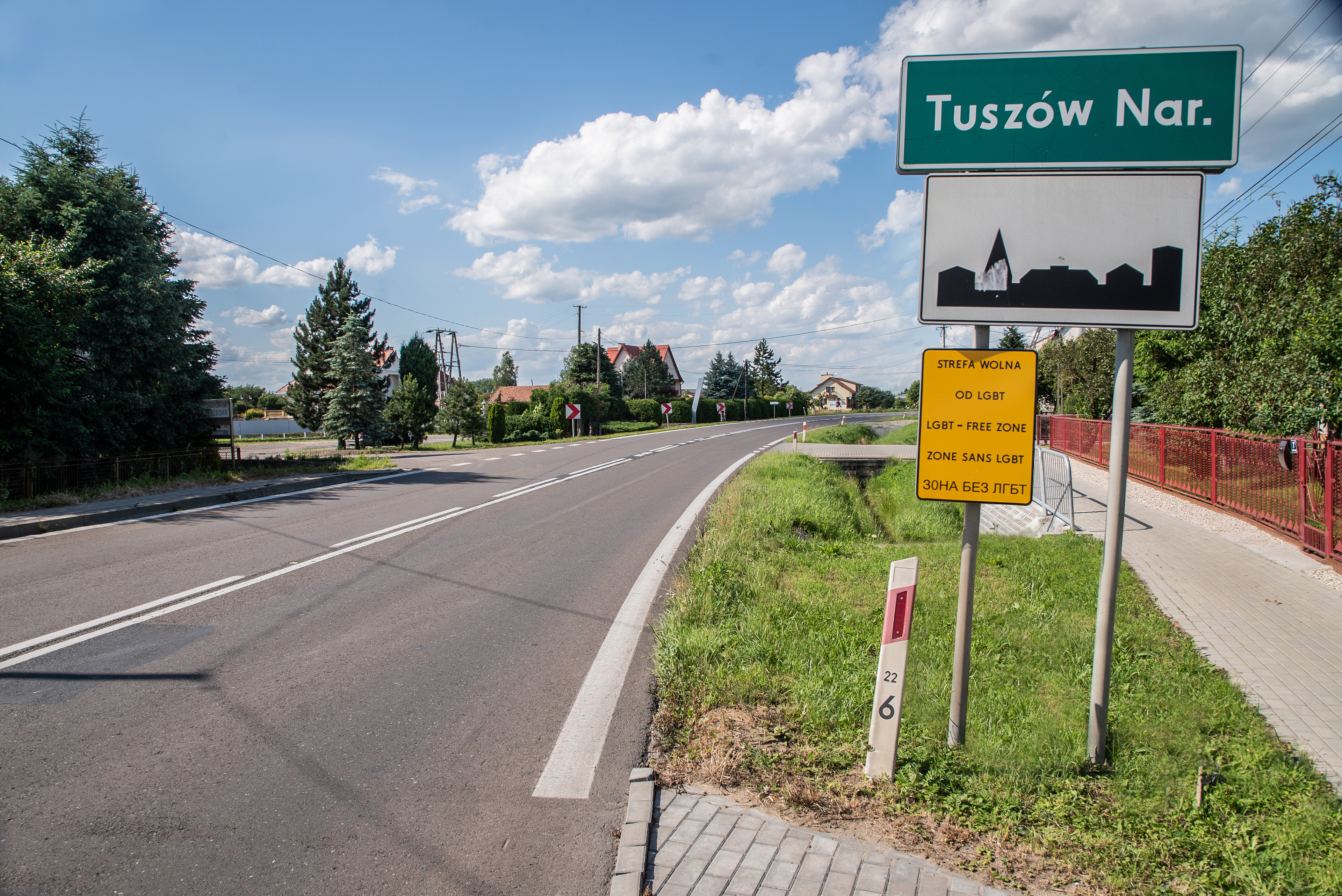 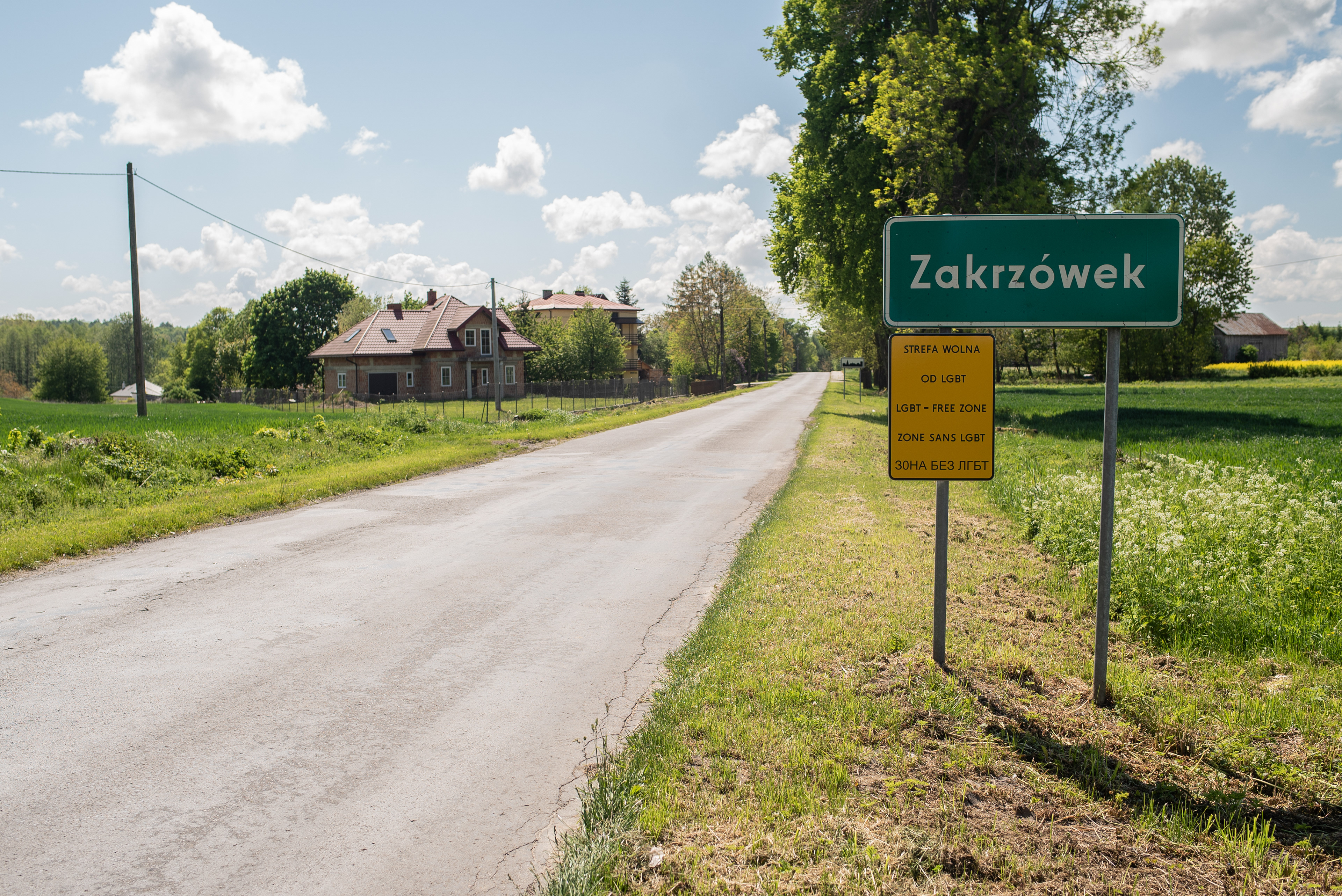